HOW MUCH? I NEED A STRONG DRINK! 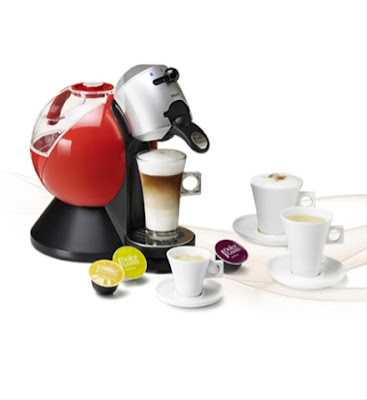 They are the latest rage in supermarkets and electrical retailers in Spain and no doubt across the world. You buy a special coffee making machine and a box of single-dose coffee capsules and you can have the hot drink of your choice in seconds.

This system is fast replacing the traditional coffee percolator or cafeteria in many households. However those who are investing in this new method of serving up a coffee have not done their sums or if they have they have received a mighty shock.

In Spain consumer groups point out that the cost of these hi-tech shots of coffee are the equivalent to buying a top of the range steak. A kilo of traditional ground coffee costs between 5 and 8 euros depending on the brand. Using the single-dose capsules you will end up paying between 20 and 60 euros for the same amount of ground coffee. When that is translated in to cups of the black liquid – the single dose option is certainly liquid gold for the manufacturers costing between 600 and 1,900 per cent more per cup.

The idea came from Nestle which still has the monopoly in the market. However it has now been joined by Marcilla, Saimaza, Lavazza and Kraft Foods who are all battling for the top end of this lucrative market. Needless to say in Spain Carrefour and El Corte Inglés are selling own label equivalents and other low cost brands can be expected to join in the coffee free for all.

Just how long it will last remains to be seen. Such fads have a habit of coming and going – especially when the true cost becomes known. In the meantime Nestle is taking legal action as it is furious that other manufacturers have “violated its patent”.

Nestle is furious? I don’t know about you but at those prices I need a strong drink!
Posted by SANCHO at 12:40 PM

This is part of an ongoing trend.The key is to sell the product cheap and then hook you into a lifetime of consumables at ultra high prices.A Braun electric toothbrush costs about €19.95 but a new head is €14.95!!
The electric razor I got as a Christmas gift has a resevoir of Nivea moisturiser which comes out as you shave.A miniscule refill is €12.99.You cannot use any other product as the method of insertion in the razor is unique to the brand.I had to buy a new head for it recently as the blades stopped spinning. A new head is a staggering €45.Manufacturers have realised that selling you a product is just the beginning,what they really want is your ongoing custom for rip off refills.

As I remember from my LSE days (never graduated), it is/was called the Kodak Syndrome: you bought a cheap camera, but the price of film and developing were horrendous. It is now applied to almost anything: try using Canon toner on an HP printer!
Can anyone tell me why we need FIVE blades on a (hand) razor? Mr Gillette made a vast fortune on just one - and he didn't even know his descendants would be buying UK football clubs!
Could go on, but have to replace something on my coffee caffe thingy ... just a rubber ring, sold by the Chinese shop round the corner.

We throw our printers away and buy new ones rather than replace the cartridges.