GADAFI OWNS HALF OF SERRANÍA VILLAGE 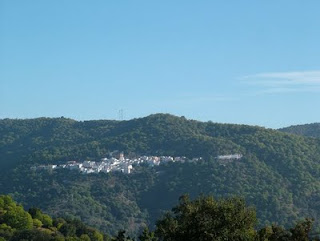 The Libyan leader Muamar Gadafi is the owner of half the land in Pujerra and a third of that in Júzcar in the Serranía de Ronda. This has been confirmed by the mayors of both municipalities, Francisco Macías and David Fernández respectively. They say they have no information on the companies involved.


A finca of 7,200 hectares is owned by the Libyan State. In the deeds appear the names of the Libyan Foreign Bank - the Banco Exterior Libio and extends over five municipalities: Benahavís, Estepona, Igualeja, Júzcar and Pujerra.

It is in the latter two municipalities that the Libyan ownership has not been known by the residents or that Gadafi has owned much of their land for many years. Initially these lands were owned by the Unión Resinera Español and later purchased by the Libyan bank.

In the case of Pujerra Gadafi owns some 1,000 hectares although the mayor believes it could be higher as nobody is any too sure who owns what. As the land mass of Pujerra is 2,400 hectares Macias observes the Libyan leader could have around half. The holding runs from La Venta de Tía to Los Baños de la Corcha on the boundary with Benahavís.

Macias says that some years ago directors of the Libyan bank arrived in the village to talk about building 400 luxury homes in the municipality “but they disappeared and since then we have not heard from them.”

A similar situation exists in Júzcar where Libya has acquired 1,384 of the 3,400 hectares in the municipality. Mayor David Fernández says he has been in office for four years and never during that time has there been any contact with the owners. Again the finca runs from La Resinera to the boundary with Benahavís.

In both cases the land acquired by the Libyan bank is principally pine forest and mountainous. At the start of the year a 60 kms long wire fence was placed around the land. However both mayors say the land is used for hunting.

Curiously around seven years ago some land owners in the area were approached by foreign investors who wanted to buy their lands with chestnut plantations for sums far above the market value. All turned the offers down as the lands have been passed from father to sons over generations and the chestnut crop is one of the main sources of income for families in the area.

I have written about Gadafi’s land holding in Benahavís before – the inland municipality where Michelle Obama and her daughter holidayed last summer. I have also highlighted the fact that the Libyan dictator has numerous other investments in Spain including a petroleum company with numerous forecourts and banks.

That oil rich Gadafi and his family should have investments in Spain is hardly surprising. They have them in the USA and throughout Europe. What is a surprise is that the Spanish Government has seemingly done nothing to impound or embargo them.
Posted by SANCHO at 5:53 PM