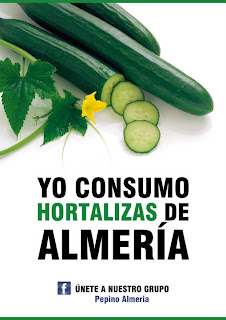 The 25 deaths in Germany and 2,600 illnesses there and also in other European countries from the E.coli outbreak are tragic. Yet so too are the huge losses suffered by the farming community in Andalucía from Spanish cucumbers being blamed for the E.coli – and then the accusations being withdrawn too late to save the crops or jobs. Now the EU is offering 210 million euros in compensation but it is Germany and not Europeans that should pick up the Spanish bill. Many communities will suffer severe hardship. Around me are farmers and smallholders who grow the crops in their fields and serve them to their families without any ill effects whatsoever. I have never stopped eating their produce and if you have the chance to buy a product produced in Andalucía do. You won’t regret it!


A friend “ML” posted this recently on her Facebook page:

And Merkel had the effrontery to say that this was not an exclusively German problem but a European one. May she eat her words together with several Spanish cucumbers, tomatoes, lettuces, berenjenas and calabacines.
If her Minister of Whatever had shut her face before being certain about where the infection had come from, there would not be a problem that has ruined a good many Spanish growers.
That anyone should die from it is tragic and I can't help feeling for their families and friends.
And I can't help wondering if there isn't some unfortunate immigrant worker to be blamed for the E.coli brought all the way from Africa or the Middle East - or anywhere so long as Germany keeps its hands clean (pardon the unfunny pun).