GETTING HIGH ON SPANISH WINE 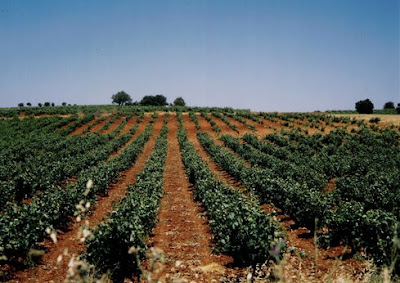 When I come to look back on my life, which I hope won’t be for a good while yet, I am sure I will say I enjoyed my fair share of vices and perhaps some.

Now I have to admit that my vices (and opportunities) have markedly decreased but I certainly list enjoying wine amongst them.

In my day I have enjoyed my drink. Beer – as drunk in Britain certainly – but very much the black stuff, preferably Guinness but a Murphy’s or Beamish would more than do. Now it’s strictly cero – cero, sin alcohol, and not much of that.

My days of sipping spirits are gone but I do enjoy wine albeit mostly with a meal. If I down a bottle then I’m pushing it – certainly a change from when I drank bottles for starters.

Living in Spain I have a great love of the nation’s wines which I believe are underrated by many of the experts. However I was surprised to learn that Spain has more hectares under vine that any other country in the world.

On that basis my future supplies seemed assured but there is a threat from the climate. The Spanish environment ministry has warned that a third of the country faces “severe” desertification and that has serious implications for the wine trade.

Vines lap up the sun but it is too much heat that harms the ripening of the grapes. Hence the major wineries and the Spanish Wine Federation are looking into a project, called Demeter, in an effort to face the challenge of climate change.

Spanish vintners say the choice will be between an early harvest that produces wine with the right amount of alcohol but is still “green” or a later one in which the grapes produce a better quality wine but have more alcohol.

Juan Francisco Cacho, a wine expert at the University of Zaragoza, stated: “The wineries prefer to wait... So much that the wines produced today are often are 14, 15 or even 16 percent of alcohol compared to 12 previously.”

One possible solution being explored relates to altitude. At a higher level, vines suffer less from the heat; the nights are cooler, which allow the grapes to ripen better.

Juan Francisco Cacho confirmed this trend: “The vineyards are at a maximum of 800 metres above sea level. In 15 years, they will have to plant the vines at between 800 and 1,000 metres and the great winemakers are already buying land at higher altitudes.”

On that basis getting high on wine will have a totally new meaning.
Posted by SANCHO at 4:03 PM