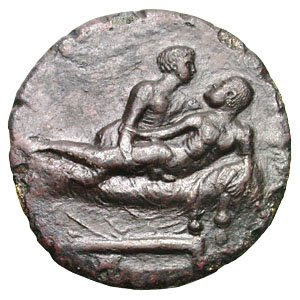 Gibraltar is in all sorts of trouble over human rights. It is under attack for its treatment of the Moroccans who work on the Rock, the provision of government housing only for heterosexual couples and the age of consent for Gay sex.

Recently Gibraltar’s Minister of Justice brought a private member’s bill to parliament that would have made the age of consent for homosexual sex, which is currently 18 years, the same as for heterosexual sex at 16.

The bill was defeated with the Chief Minister, Peter Caruana, along with several governing GSD MPs voting against their own minister’s bill. It was brought as a private member’s bill rather than a government one as Caruana had signalled he could not support it on religious grounds. Obviously he couldn’t vote against his own government’s measure.

It continues: “If having different ages of consent turns out to be unlawful, the Gibraltar Government intends to consult the people of Gibraltar in a referendum as to the various options available for the elimination of differences in the ages of consent, in accordance with the possibility signalled by the Chief Minister in his New Year Address in 2008 to consult in referendum on such matters. The Government expects to initiate the Court proceedings during the next few weeks.”

Now this has not gone done well with the GSLP/Liberal Opposition. Liberal leader, Dr Joseph Garcia said: “The news that the Government is to seek a declaratory ruling from the Supreme Court on the equalisation of the age of consent is a reflection of the seriousness of the split that exists between Government Ministers on this issue.”

On the recent farce in Parliament Garcia observed: “The view of the Minister, who is a lawyer, was that the equalisation of the age of consent in Gibraltar was a legal obligation. The Chief Minister, who is a QC, maintained that it was not necessarily a legal obligation. Mr Montiel, the Minister for Employment, said that he trusted Daniel Feetham’s interpretation of the law and he therefore voted against Caruana.”

He added: “The decision to spend public money in seeking a ruling from the Supreme Court to settle the legal argument between Caruana and Feetham will raise eyebrows in many circles, particularly among those who think that such funds could be better spent elsewhere.”

The opposition says the court’s ruling will have no bearing on its policy on the issue. “We remain fully committed to the principle of implementation of legislation that does not discriminate on the grounds of sexual orientation. Therefore our policy is that the age of consent in Gibraltar should be the same for all citizens irrespective of their sexual orientation.”

Final word to Dr Garcia: “The only point on which there is room for debate and discussion, as we have already made clear, is at what age such equalisation should take place and that is why the community-wide consultation process that we called for is required. It beggars belief that Mr Caruana, who criticised our call for wider consultation on this specific issue, should now be prepared to call a referendum to settle the matter depending on the ruling of the Court.”

I will return to this subject tomorrow picking up on one of the points made by Dr Garcia.
Posted by SANCHO at 8:08 AM