HEAVEN HELP US ALL 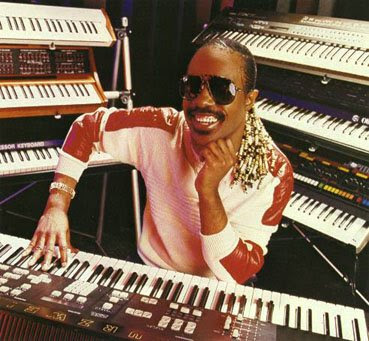 Back in the early 1970s, when I and the world were extremely young, I visited New York. It was a working – leisure trip whilst I was preparing a radio programme for RTE in Dublin.

I spent a day with a young lady from Chess – Janus records who in the evening took me to Greenwich Village to see the many bars and clubs that were by then internationally famous as the breeding ground of the new generation of folk singers of whom Bob Dylan was just one.

We ended up in a club that struck me as being somewhat odd. No drinks were served. You sat on church like pews. It was so dark they had to help the singer on to the stage. Then it hit me that the singer was in fact blind – it was Stevie Wonder.

Now Stevie and I are of an age. As I watched him yesterday at the Michael Jackson Memorial Service my mind went back to that night.

I had no great expectations of the Jacko Funeral Experience. Singing and dancing round the coffin is not my style – but hey, they were in Los Angeles. Politicians and activists using the setting of mourning to boost their egos was par for the course. Even the moving words of Paris Michael Katerine as the lights faded were no more than you’d expect from the powerful machine now in charge of the Jacko legacy.

Just one thing stuck in my craw. It was the suggestion that Michael Jackson was more than a pop star with the implication that without him the door to generations of black singers and performers, Tiger Woods, even Barack Obama would have been firmly shut.

What utter nonsense these reverends and black caucus activities uttered.

For just one Stevie Wonder was a child star at 13 and is a singer, musician, producer and song writing legend. He is also a civil rights activist. He was famous long before Jacko was even thought of... and is also celebrated around the world. He achieved what he has achieved despite being black and blind because he is superbly talented.

As he introduced his song Stevie Wonder observed that he never thought he would live to see this day. Being blind I guess he didn’t.

Now this final Jacko performance is over – please – can we all rest in peace. Amen.

So he was a singer, dancer and allegedly a paedophile and drug taker. So why the hype?