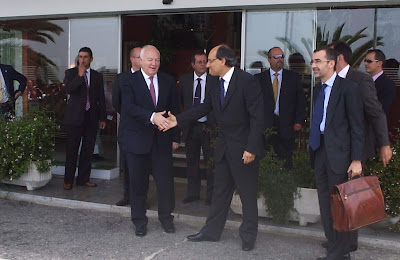 Ok it might not rival the anniversary of man or men first landing on the moon or Freddie Flintoff’s heroics at Lords where England beat Australia for the first time in 75 years at cricket but in relations between Spain and Gibraltar it is historic.

Today Gibraltar’s Chief Minister, Peter Caruana, welcomed Spain’s Foreign Minister, Miguel Ángel Moratinos, to the Rock Hotel where they were joined at the Tripartite Ministerial talks by Britain’s Foreign Secretary David Miliband. It was historic because it was the first official visit by a Spanish minister to Gibraltar since it became a British colony. 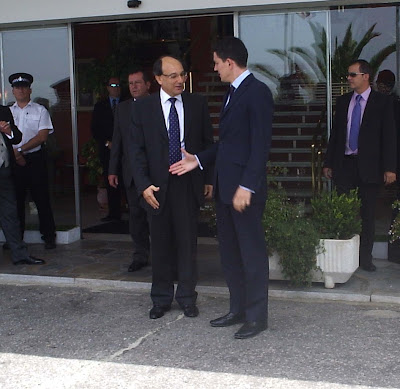