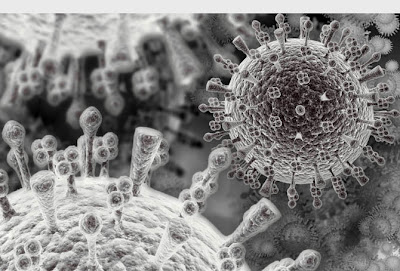 As I keep a close eye on the British media I have been aware of the hysteria and confusion in the UK over the threat of swine flu. Media hype, political incompetence or public panic? In all truth a mixture of each.

As the swine flu call centre finally opened for business with staff who wouldn’t know a common cold from foot and mouth Britain’s Premier Gordon Brown, who looks as if he is suffering from both, went on TV to assure the nation that it was the first of its type in the world. For all the wrong reasons that is probably true but what the public in the UK haven’t been told is that Swine Flu is now largely a British problem. As Britons ask – is it safe to go abroad? – the answer is - its much safer – to which should be added – please stay at home.

I got a shock yesterday as I prepared an article on swine flu precautions in Spain. Here safe guards are in place but without all the panic that seems to have engulfed the UK. Now I know why.

Germany has the second highest total with 1,818 and Spain is in third place with 1,486 – which is hardly surprising given this country’s close association with Mexico where it all started.

So the main threat to Europe’s health appears to be Britain and of course right now millions of Britons are heading off on holidays to the Continent. They will bring with them swine flu – or as it now should be called – British flu - because a nation that is happy to sneeze all over each other on the train, the bus, at the shops or in the street isn’t going to hold back when faced with Johnny Foreigner.

Trouble is with the economic crisis still biting hard the holiday venues of France, Spain, Italy, Greece and Portugal badly need British tourists and sterling. However come the autumn and winter I would argue that we should pull up the draw bridge and put Britain, the sick nation of Europe, in to total isolation.
Posted by SANCHO at 1:00 PM

Thank you to Mary for her hilarious comment but it only works with the attached photo which sadly technology prevents me from posting.

I was interested to see that Gibraltar has just registered its first two cases of swine flu. This is surprising because of its closeness to Spain and more so because of the huge contact with the UK. I believe the second case is linked to Britain so proves your point over the export of the virus.