ARE WOMEN BETTER DRIVERS THAN MEN? 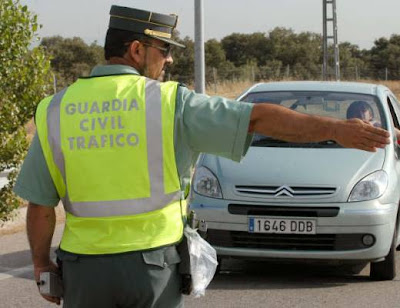 Are women better drivers than men or are some men just a danger on the road?

I ask because my region of Spain, Andalucía, has seen the loss of more driving licences since the point penalty law was introduced in 2006. A total of 5,118 drivers have been banned compared with 4,465 in Cataluña and 2,589 in Madrid –less than half of the Andalucía total.

Overall 1.9 million people have had points added to their licence for some infraction and men make up 75 per cent of that total.

The balance between men and women varies between regions. In Andalucía 366 women have been banned from driving compared with 4,752 men but in Cataluña 4,024 men now have to walk or take public transport compared with 441 women suffering the same fate.

The statistics were released in ‘Tráfico y Seguridad Vial’ a magazine that is edited by the Dirección General de Tráfico (DGT) - the State road authority.

Women have always argued that they are better drivers than men. Better or less likely to break the law? Your opinion will probably depend on your sex.
Posted by SANCHO at 9:54 AM

DEFINITELY (without reading the blog)

Interesting stats. Incomplete though - you also need to know how many miles are driven by men/women for a proper comparison.

Also, in the village I live in I sometimes wait for a lift near the village primary school. ALL of the cars bringing kids to school are driven by women - in NONE of them are any passengers (sometimes there are five or six) wearing seat belts. The local police directing the traffic around the school see all this going on and do nothing so perhaps we should add in a good figure for women being let off.

DEFINITELY NOT (having read the whole thing). See, it all depends on sex, as always...
(Sancho, you read some weird maagazines...)