NO GAY JUSTICE AS MINISTER HUMILIATED

Last week Gibraltar’s Parliament voted on a private member’s bill introduced by the Minister of Justice, Daniel Feetham, on lowering the age of consent for homosexuals. A motion was recently passed by the House allowing the bill to be debated but when the actual vote was taken it was defeated by eight votes to four leaving Feetham humiliated.

Amongst those voting against the bill was the Chief Minister Peter Caruana and two of his ministers plus the opposition. Five members were missing from parliament either on holiday or government business in Guernsey.

The opposition is in favour of lowering the age of consent to 16 years for homosexuals to come in line with that for heterosexuals. However the GSLP and Liberals oppose the bill because they say it is both a poor one and is a private members bill. They argue that if a new law is required as the government states on constitutional grounds then it should be a government initiative and not a private members bill.

This is where politics comes in to play. The Chief Minister Peter Caruana has made it clear that he cannot support the move on religious grounds hence he extended a free vote in a private members bill. If the issue was brought to the house as a government measure then Caruana would be placed in the impossible position of voting against his own administration’s bill. 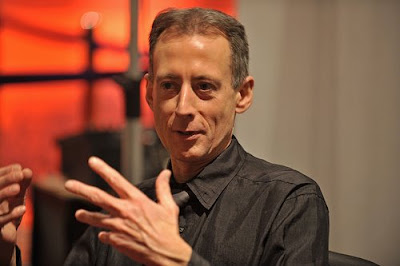 Gay and wider human rights supporter Peter Tatchell was quick to demand that the Foreign Office should intervene to established an equal age of consent of 16. He stated: “The Government of Gibraltar is required by the European Court of Human Rights to equalise the age of consent for same-sex relationships. The equalisation legislation should have therefore been sponsored by the government and not introduced as a private member’s bill.

“I am very surprised and disappointed that this was a private member’s bill and not a government bill. The government gives the impression that it is trying to evade its responsibility to uphold equality and human rights. “As a British Overseas Territory, the Foreign and Commonwealth Office has ultimate responsibility for ensuring Gibraltar’s compliance with human rights law.

“I urge the Foreign Secretary to read the riot act to Gibraltar’s Chief Minister, Peter Caruana. Gibraltar cannot be allowed to evade its human rights obligations.

“The opposition’s vote against the bill gives a bad impression and contradicts its previous support for gay equality. They say it was principled stand against a flawed bill, which had failed to remove offensive legal references to disabled people as ‘imbeciles’, ‘idiots’ and ‘defectives.’ They protest that they were not given adequate parliamentary time to make the necessary amendments.

“The Government of Gibraltar seems intent on scuppering gay equality, with its ham-fisted tactics.

“Why was the legislation suddenly rushed through parliament, when a number of MPs were overseas and when there was insufficient time for a considered debate and amendments?” asked Tatchell?

Indeed apart from the age of consent Gibraltar is also at odds with EU over housing for Gays and its treatment of its Moroccan community.
Posted by SANCHO at 11:19 AM

The Gibraltar governments obligations regarding equality for gays and other minorities cannot be influenced by the personal religious beliefs of the chief minister.As this seems to be the stumbling block to the government introducing the legislation, the chief minister must resign or seperate his personal opinions from government policy or EU directives.

The chief minister certainly seems to be the stumbling block. I suspect he either intends to bring in change via private members bills or EU edict then he can by-pass having to make a personal decision. Unfortunately Gibraltar's image suffers!