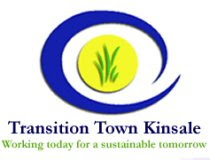 If you have read my blogs over a long period you will know that I am very supportive of the Transition Towns movement.

I have to thank my good friend James Machin for keeping me fully abreast of many environmental issues. We marched together against the Cepsa refinery at Campamento in San Roque. He kept me in touch with the work of the Bucket Brigades in Gibraltar and the bay zone. He was briefing me on Peak Oil in the days when it meant little to a few – now Google ‘Peak Oil’ and you’ll see its one of the hot topics of our age debated from Wall Street to Wallsend.

The same is true of the Transition Town movement. It started in Ireland in a town that is very close to my heart and soul - Kinsale. There Rob Hopkins had worked with the students of Kinsale Further Education College in writing an "Energy Descent Action Plan" and one of them, Louise Rooney, set about developing the Transition Towns concept and presented it to Kinsale Town Council. This resulted in the historic decision by councillors to adopt the plan and work towards energy independence. There are now at least 100 such communities in the UK, Rob started the first in Britain in Totnes and James was instrumental in forming the first group in Spain – Ciudad de Transición Estepona.

Indeed the real challenge for our age is not that we have reached Peak Oil but also possibly Peak Food. Therefore in the coming decades our communities will have to cope with the decline in our conventional oil powered lifestyle and our ability to produce sufficient food to feed our people.

This is a serious issue that involves all the communities spread throughout the world. Communities within the Transition Town movement are encouraged to seek out methods for reducing energy usage as well as increasing their own self reliance. In short this is a matter that should concentrate all our minds – and depending on our ages the implications will impact on us, our children and our children’s children.

So why my concern? I have just visited a website – no names, no pack drill – that promotes the Transition Movement but at a coming festival offers workshops on giving hugs, music improvisation, body consciousness and magic – so you can visualize the transition.

Fine. I have no problems giving hugs but I find it easier to visualize a world that hasn’t made the transition than one that has. I also have nothing against festivals and am as happy to dance around a May Pole as the next man!

However my real point is this I believe the transition movement is a serious movement for everyday people and mustn’t be hijacked by those whose dreams are more important than reality.

If our communities are to make the transition, if the concept is to capture people’s imagination and more important inspire them to action then it has to be as a broad-based popular movement – one we can all identify with, one that deals with the real issues and not the abstract.
Posted by SANCHO at 11:42 AM

Green issues have historically been the domain of students,hippies and new age people.For most of them it seems,it was an unattainable Utopian vision.However as these issues have become mainstream there is the danger of them not being taken seriously when they are grouped with magic and hugs.The transition movement has got to become a personal issue in order to work in a whole community.
For example it is fast becoming environmentally correct to grow food in your own garden.Gardens which are only decorative are seen as frivilous considering the amount of time,soil,and water they consume.Although we don't have a big garden we easily manage to grow a wide range of fruit and veg. without sacraficing the beauty of the garden.And apart from the great produce I feel involved in something worthwhile.

Hi David
Here's an article for the ICE mag...

The Future of Food
It may seem at first glance that there is no stopping global corporations from taking complete control of worldwide food supply. Indeed, they are already close.
They are powerfully armed.
They have patented genetically modified(GM) seed, which farmers may not save. They also have ‘suicide seeds’, which do not germinate next time around. They control international trading rules, forcing poor countries into highly disadvantageous trading agreements via the International Monetary Fund. They have powerful marketing strategists, who are indeed responsible for great suffering. Take the on-going Monsanto ‘Indian Cotton’ debacle, where the company persuaded hundreds of thousands of farmers to give up their traditional (seed saved) cotton crop varieties (perfectly suited to local conditions) and replace with Monsanto BT cottonseed.
It didn’t work. Crops failed. Monsanto then provided credit to farmers in order that they might risk another years growing. Further crop failures followed. This has led to severe economic stress within the farming community and over 150,000 cotton farmer suicides to date.
So yes, they do seem all powerful.
But they are also in fact, fatally vulnerable.
Their terminal problem is the rising cost of energy.
(See: http://www.youtube.com/watch?v=zJQBl0wlDMw)
Industrial agriculture consumes 10 calories of fossil energy for each single calorie of food produced – and rising. Chemical crop applications, (fertilizer, pesticide, herbicide) plowing, seeding, harvesting, irrigation and transport consume most of the energy requirement. And apart from fertilizer, which is produced from gas, all the rest are oil-reliant activities.
When the price of oil goes up, these businesses go down, with the inevitable ‘Localization’ of just about everything – including food.
In fact, ‘Localization’ is already moving apace in many places.
In UK there’s the burgeoning ‘Transition Towns’ movement, now taken up by hundreds of communities. (see: http://transitiontowns.org/) One of their primary objectives is the localization of food, with a ‘grow your own’ revolution unfolding rapidly. Landowners across the country are discovering the huge new demand for the rental of allotment sizes plots . An acre of land rented as allotments is now fetching landowners up to £3,000 per year – an opportunity not to be sneezed at. The National Trust has just decided to back the ‘grow your own’ movement also, having just made available an initial allocation of 1,000 allotment plots.
There has also been a doubling of small scale seed sales in the last year, as ever more people discover the financial, and health benefits of home grown food.
So what of Spain?
Well, the ‘Transition’ movement is here now in a few communities, including Estepona. One initiative that is moving forward, is the development of more sustainable management of urbanization green zones, which until now are highly reliant on fossil energy. A number of urbanization managers are now working with ‘Ciudad de Transición Estepona’, to achieve increased sustainability. Indeed, we may well soon see the introduction of organic vegetable beds by one or two of the more forward thinking communities.
Watch this space!
There’s a way that practically anybody can get started home growing at low cost, which is by using worms to compost the kitchen waste and then using the compost to create a ‘Raised Bed’ for the food growth. Raised Beds can be sited almost anywhere. All the site needs is a bit of sun and you’re away! Furthermore Raised beds can be mounted on just about any surface. For example, concrete or tarmac will do just fine.
So come on, no excuses - go for it!

If you want to see just what can be achieved by apartment dwellers, go into youtube and search for… Coexist Urban Terrace Garden

If you want to learn more about ‘0il Depletion’ go to:
www.coexist .es

And the last thing you want to do, is miss this one…
http://www.chrismartenson.com/crashcourse
Hasta la Vista!
James Machin

Here's how to start a Transition Community: http://transitionnetwork.org/Primer/TransitionInitiativesPrimer.pdf