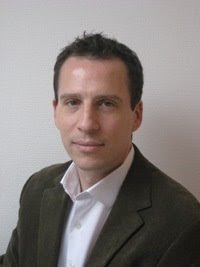 On Sunday June 7 Spain goes to the polls to elect its Euro MPs. Spaniards will be joined at the polling stations by EU citizens who have registered to vote. This year an Irishman is the first non-Spanish citizen to head a national party list in Spanish political history.

Sean O’Curneen Cañas was born in Washington, USA, but moved to Spain when he was six. He is standing for the CDL - Centro Democrático Liberal – which also has another Briton, Jacqueline Cotterill, at number four.

As the name suggests the CDL is a Liberal party and has been endorsed by Nick Clegg, Leader of the British Liberal Democrats; Guy Verhofstadt, Prime Minister of Belgium from 1999 to 2008; Graham Watson, Leader of the Alliance of Liberals and Democrats for Europe (ALDE) in the European Parliament and candidate for President of the European Parliament; and Flo Clucas, President of ALDE in the EU's Committee of the Regions and Deputy Leader of Liverpool City Council.

In recent days Sean has been on the road from his Madrid base campaigning in Barcelona and Murcia. I managed to halt him for a short break to ask him why he chose the CDL. Sean told me: “Working for the European Liberals in Brussels, Europe’s third largest political force, with 100 MEPs, 5 Prime Ministers, 9 of the 27 European Commissioners, we are a strong and decisive political force in Europe. Although of Irish nationality, I am and feel more Spanish than anything else, and upon arriving in Brussels I was determined to ensure that the people of Spain have what most other Europeans have: greater political plurality and the opportunity to vote for a centrist, liberal democrat party.”

So why should ex-pats vote for the CDL rather than the mainstream PSOE, PP, IU and Greens? Sean replied: “The CDL hopes to achieve a number of things on the Spanish and the European front. In the European Parliament, one of our priorities will be to ensure that the Auken Report, which strongly condemned Spanish authorities because of the urban planning abuses, is followed through and its recommendations are carried out. We will be very vigilant to ensure that the EU rights of citizens are not infringed and we will be working to develop new rights for citizens throughout the Union. In addition, championing sustainable renewable energies, the role of small and medium sized enterprises, and opening up the EU to greater interaction with its citizens, for example by enhancing the role of the Parliament's petitions committee.”

Sean added: “No other Spanish party would have dared to put a non-Spanish citizen as their head of list, and indeed include another one as number 4 - Jacqueline Cotterill - out of a list of 50 candidates. In this way, CDL shows that it understands and cares for the EU citizens living in Spain and is determined to work for all citizens in Spain, regardless of their nationality.”

Britons voting in Spain on Sunday will find some differences from the usual system at home. Spain is a national constituency and you do not put an “x” against the candidates you wish to vote for put chose a party list. Inside the booth will be slips for PSOE, PP, IU and all the other parties offering candidates including the Centro Democrático Liberal – CDL. Make sure the “papeletas” have not been interfered with and if you are voting CDL that Sean O’Curneen Cañas’s name is top. If you can’t find a ‘papeleta’ for the party of your choice then ask for one. Finally fold your paper, put it in an envelope provided and pop it in the ballot box. 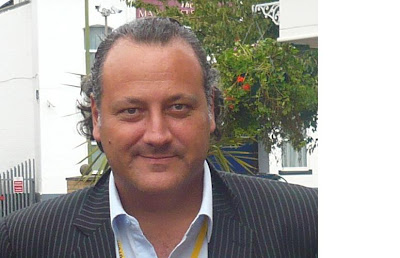 PS: Best wishes to Jonathan Stagnetto, a Gibraltar Liberal, who is standing for the Lib Dems in the South West England and Gibraltar constituency. In the last election Lyana Armstrong-Emery also stood as a Gibraltarian in the same constituency for the Greens. Liberal Leader, Dr Joseph Garcia, tells me Jonathan is sixth on the list so sadly he, like Lyana, is placed so far down that his election is highly unlikely. We look forward to the day when a British party follows the CDL lead and places a Llanito at the head of its list in the South West England and Gibraltar constituency.

(A nod in the direction of my good friend Lenox Napier for his help in this blog. You can click on his own blog – Spanish Shilling – in the box on the right.)
Posted by SANCHO at 8:03 AM

I wasn't going to vote but will certainly go now on Sunday to back the CDL. Even if they get one seat it will have been worth while especially as there is a proportional rep system so that smaller parties have a chance.

Non Spanish EU citizens in Spain deserve and need their own voice. Good luck to the CDL!